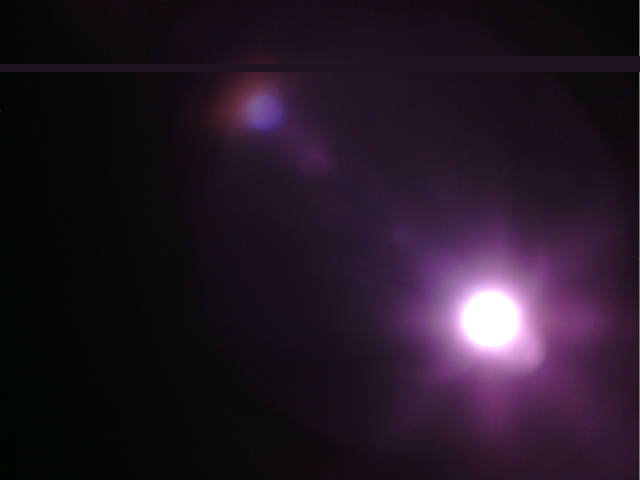 As probably you all know, the Chinese Amateur lunar orbiting satellite DSLWP-B was expected to collide with the Moon on July 31 at 14:20 UTC, so this is the last report about the DSLWP-B activities. The collision was planned since January this year, and was done as a means to end the mission without leaving debris in lunar orbit.

The activation slots for the Amateur payload on-board DSLWP-B for this week were the following:

I had calculated a periapsis height of -62km for the July 31 orbit, so the collision with the Moon was quite certain, even taking orbit errors into account. However, a slot was set on August 1 just in case the collision didn’t happen.

This post summarizes the activities done this week with DSLWP-B and the end of the mission.

On July 29, the first activation was between 00:15 and 02:15 UTC. Only the Asian stations in Shahe and Harbin, China, and Wakayama, Japan, joined this observation, since it was rather late at night for European stations.

A series of four images with one minute of spacing was scheduled to be taken as the satellite passed the periapsis, at around 01:14. These images had IDs 0x13 to 0x16. The figures below show the GMAT simulation for this periapsis passage.

All the periapsides during these days happened northeast of Jackson crater, with the periapsis point shifting slightly to the west as time passed due to the rotation of the Moon. I haven’t attempted to identify any of the images, since the do not show any craters that might be easily recognizable.

After the periapsis passage, first, the last image of the series was downloaded. A few chunks were lost.

Next, image 0x13, the second of the series, was downloaded completely.

Then, image 0x15, the third in the series was downloaded. No chunks were lost, but the Amateur payload shut off at 02:15, before the whole image had been transmitted.

It is interesting to note that this image is yellowish, in contrast with the other images in the series, which have a purple hue. All the images were taken near the same time and area. It seems that a small difference in lighting conditions can trigger rather different auto-exposure settings, giving different hues to the image.

The next activation on July 29 was between 04:30 and 06:30. This time, the tracking was done by the European stations: the 25m radiotelescope at Dwingeloo,the Netherlands, which is the main downlink station, and Reinhard Kuehn DK5LA, in Germany, who is the main uplink station.

First, image 0x0F was downloaded. This image was taken during the periapsis passage on July 28. It has a brownish hue, in contrast with images 0x10 and 0x11, which are purple and were taken nearly at the same moment. These two other images were downloaded last week.

Next, image 0x0E, which was the first in the periapsis passage of July 28, was downloaded.

Finally, image 0x13 was downloaded. This was the first image in the series taken on the periapsis passage of July 29.

The last activation on July 29 was between 20:00 and 22:00 UTC, but the Moon was not visible in Europe and no Asian stations were able to track, so no activities were made during this slot. However, the satellite took at series of four images, with one minute spacing and IDs between 0x19 and 0x1C during the periapsis passage at around 21:35 UTC. The periapsis altitude was 114km. The figures below show the GMAT simulation for the camera view and ground track.

The first activation on July 30 was between 05:30 and 07:30 UTC. Since this was early in the morning in Europe, it wasn’t possible to find the two operators that are needed to run the Dwingeloo radiotelescope. The tracking was done by the Asian stations and Reinhard DK5LA.

First, image 0x1B was downloaded. This is the third image corresponding to the second periapsis passage on July 29. A few chunks were lost.

Next, the previous image, with ID 0x1A, was downloaded. Again, a few chunks were lost.

After this, image 0x15, which was cut short in a previous activation as the payload turned off, was completed.

Then, image 0x1C, the last in the second periapsis passage on July 29, was downloaded, with some lost chunks near the beginning of the image.

Finally, image 0x19, the first in the second periapsis passage of July 29, was downloaded. The packet loss near the end of the image was quite severe, and after this image, the payload went off.

The second activation of the Amateur payload on July 30 was between 16:20 and 18:20 UTC. Dwingeloo was active but unfortunately the radio equipment there was suffering some problems that made the SNR of the DSLWP-B signals quite weak. The cause of the problem could not be found quickly, but at 16:52 the operators discovered that inserting a 20dB attenuator before the receiver seemed to improve things. This made us suspect that the problem was saturation due to out of band interference, but I am not sure if the real cause has been found. Fortunately, no problems appeared in subsequent observations.

The 20dB attenuator provided a workaround for the problem, and image 0x19 could be completed.

The Moon elevation in Europe was quite low, so Reinhard had problems pointing the antenna due to obstructions. Also, the satellite would hide behind the Moon between 17:38 and 18:07. Therefore, it was decided to stop commanding the satellite after image 0x19 was downloaded. However, Dwingeloo remained recording until the satellite hid below the horizon.

As the satellite hid behind the Moon, it passed the periapsis at 17:58 UTC. A series of four images with one minute spacing and IDs 0x1F to 0x22 were taken during the passage. The periapsis altitude was only 13km, so there was a special interest in downloading these close up views of the lunar surface. The figure below shows the ground track simulation in GMAT (nothing can be seen in the camera view simulation, since the resolution of the lunar surface imagery I’m using in GMAT is not high enough).

The first activation on July 31 was between 06:30 and 08:30. Both the European and Asian stations were active. First, image 0x21, taken during the last periapsis passage was downloaded.

Then, image 0x20, the preceding image in the periapsis passage series was downloaded.

After this, image 0x22, the last of the July 30 periapsis passage was downloaded. A few chunks were lost and were downloaded later, at 07:44.

Then, image 0x1F, the first in the series taken during the July 30 periapsis passage was downloaded. Remarkably very few lost chunks were lost in these images, and indeed three were downloaded without packet loss. It is also impressive how many images have been downloaded during the last few days, helped by the change to 500baud and \(r = 1/2\), which give a bitrate of 250 bits per second.

Finally, image 0x1E, which was taken as the payload switched on during the second activation of July 30, was downloaded. This image shows a lense flare, cause by the camera being over-exposed by the Earth, which happened to be present at the lower right corner of the image.

The second activation on July 31 was between 13:24 and 15:24. This was a very emotive moment, since the collision with the Moon would happen during the activation, so it marked the end of the Amateur activities with DSLWP-B. Many people from the DSLWP-B team gathered on the HB9Q logger, where activations are usually coordinated.

Cees Bassa twitted in real time the important moments of this activation. Edgar Kaiser DF2MZ was tracking the S-band beacon of DSLWP-B from Germany and also showed the loss of signal as the satellite hid behind the Moon to never appear again.

Before the satellite hid behind the Moon, it was possible to download a last image. This was image 0x24, which was taken at 13:24, as the Amateur payload powered on. It shows an over-exposed Earth.

As DSLWP-B hid behind the far side of the Moon, it was looking back to the Earth, the place where we all live, and we managed to grab this last view of our planet.

Downloading this image was not a trivial task, since a huge thunderstorm was ongoing near Reinhard’s station. This made it a difficult, and perhaps risky, task for Reinhard to command the satellite.

After 14 months, the DSLWP-B mission has now come to an end. This doesn’t mean that it is the end of my posts about DSLWP-B, since there are still lots of recorded data to process and studies to make.

I want to take this opportunity to thank all the people that have accompanied me in the amazing journey of DSLWP-B’s mission: The Chinese team, Wei Mingchuan BG2BHC, who has been leading the Amateur mission, Jizhuang Ma, who has been in charge of the station at Wakayama University, Sora KG5TEP, who made the Inory eye camera, and the rest of the people from Harbin Institute of Technology; Cees Bassa, Tammo Jan Dijkema, Jan van Muijlwijk PA3FXB, Paul Boven PE1NUT, Harry Keizer PE1CHQ, and the rest of the Dwingeloo team; Reinhard Kuehn DK5LA, who has always been there when uplink was needed; and many other Amateur radio operators who have engaged with the mission in one way or another (most of them are listed here).

7 Replies to “DSLWP-B last activities and end of mission”