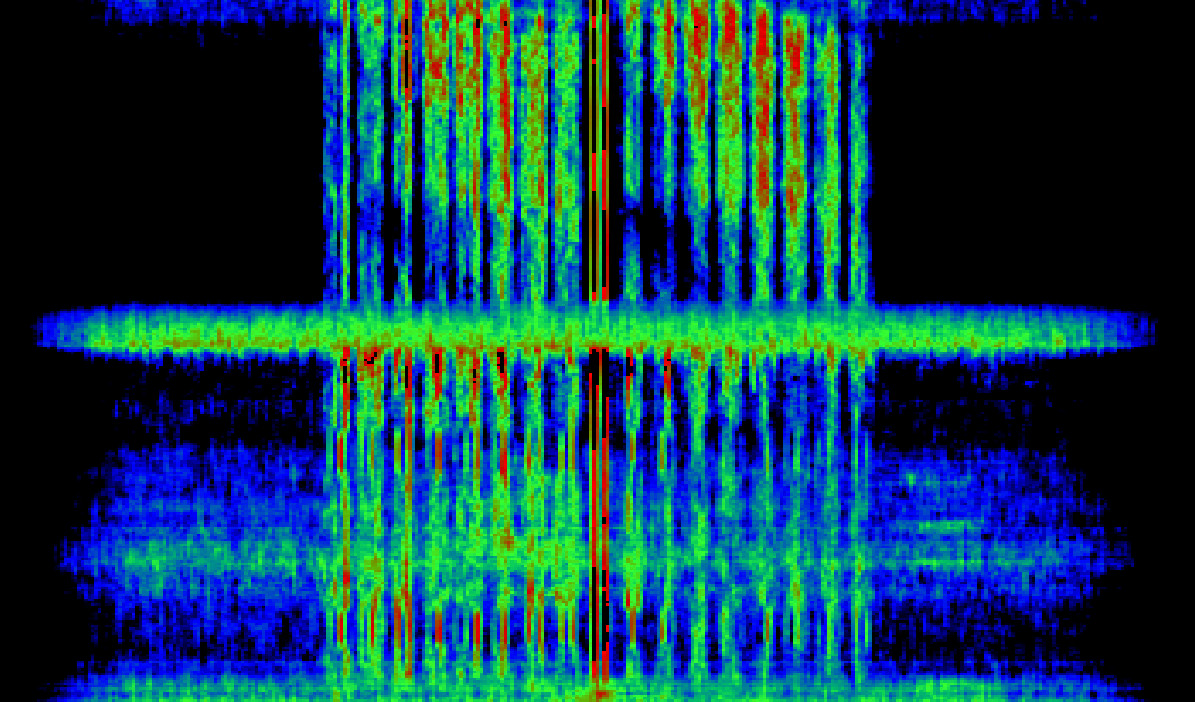 Since I’m away from my usual QTH, I decided to join yesterday’s FreeDV net by listening through the University of Twente WebSDR and giving signal reports on the QSO Finder to the stations transmitting.

I was running Linux, as usual, and FreeDV 1.0.1. To pipe the audio from the WebSDR into FreeDV, I used Pulseaudio, which is my usual solution to send audio between programs. Using pavucontrol, I set the web browser to output to a null sink and then I set FreeDV to record from the monitor of that null sink. In FreeDV, the receive input is set to my pulse ALSA device and the output directly to my soundcard’s ALSA device. To avoid clashes between sound devices, I left the transmit devices of FreeDV set to “none”.

I also recorded the baseband RF of the whole session by setting Audacity to record from the same null sink monitor. I have prepared an audio file with just the interesting bits.

Signals where quite good on 80m from several stations in Germany and The Netherlands: Frank DL2GRF, Attila DC0ED, and Hans PA0HWB. Hans was having a QSO with Alex OZ9AEC, but Alex’s signal was weak and I could only see the pilot tone and traces of the subcarriers on the waterfall. Hans was very strong, between 20dB and 10dB SNR, and his audio was very good. In 40m, I only could copy PA0HWB, and the SNR was going between 5dB and 0dB, giving partial copy, because there was quite a bit of QSB on his signal. Also, there were at least two other stations with signals visible on the waterfall. Eventually, propagation to Italy improved on 40m and I could briefly copy Cristiano IW5EL, both in 1600 and 700B. He was using about 20W to an L-network tuned wire antenna and a homebrew SDR. Very good job indeed.

After the session, I ran my baseband RF recording through FreeDV and recorded the audio of the best parts with Audacity. These are all below and can be listened in the browser or downloaded.

4 Replies to “Listening to the FreeDV net by WebSDR”