This weekend, the beacons of the Es’hail 2 narrowband transponder have undergone maintenance. The beacons have been off for several periods of a few hours on Friday and Saturday. After the maintenance, there are two main changes: the phase noise of the beacons has been fixed, and the beacons are now approximately 3dB stronger.

Since the opening of the transponder on February 14, some phase noise on the two beacon signals was appreciable slightly above the noise floor, and with the latest increase in power of the beacons, the phase noise was more evident. Now the problem is fixed and the transponder is clear of phase noise.

The figure below shows the power of the beacons and transponder noise (measured in 2kHz bandwidth). You can see that the beacon power has daily fluctuations of up to 2dB, but despite of this fact it is clear that the beacons are now approximately 3dB stronger than before (maybe even 4dB).

The figure below shows the CN0 of the beacons, measured both at the transponder and at my receiver (where it is lower due to system noise). The CN0 is now extremely high: 56dB for the BPSK beacon. In a previous post I thought about what could be done with 45dB of CN0. The conclusion was that if you want to fit a digital signal in an SSB channel bandwidth, you are much more bandwidth-limited than SNR-limited. This is now even more true.

With the increased beacon power, it should be fairly easy to decode the beacons with a bare LNB, even despite the fact that the transponder gain has been reduced twice. Also, now that the SNR of the beacons is so high, there is no excuse for being louder than the beacon. Anyone who is stronger than the beacon is most likely using too much power. Their mode of choice probably works equally well with several dB less of SNR.

During the in-orbit tests of Es’hail 2, the engineering beacons were transmitted on a global beam, and I performed some differential Doppler studies with Jean Marc Momple 3B8DU, in Mauritius. The engineering beacons are no longer any good for these kind of studies, since their area of coverage is small. Thus, I have started to measure the beacons in the narrowband transponder, which covers all the satellite footprint.

END_OF_DOCUMENT_TOKEN_TO_BE_REPLACED 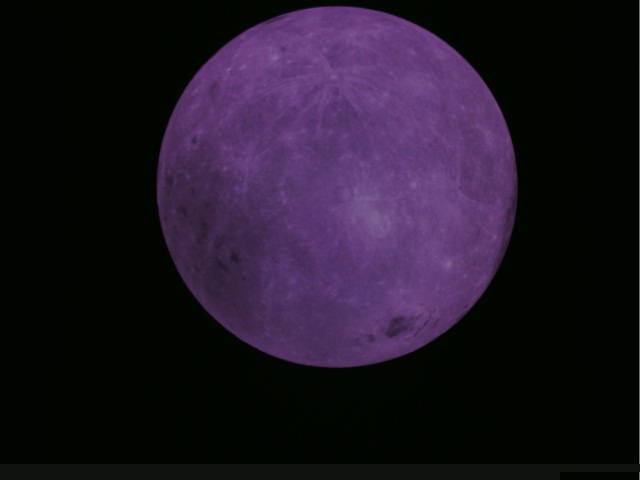 The image accompanying this post has a nice story to it. It was taken by the Amateur camera in DSLWP-B, the Chinese microsatellite in lunar orbit. On February 27, a download of this image was attempted by transmitting the image in SSDV format in the 70cm band and receiving it in the Dwingeloo radiotelescope, in the Netherlands.

The download was attempted twice, but due to errors in the transmission, a small piece of the image was still missing. Today, the Amateur payload of DSLWP-B was active again, and the plan was to download the missing piece, as well as other images. However, after the payload turned on and transmitted its first telemetry beacons, we discovered that the image had been overwritten.

The camera on-board DSLWP-B has a buffer that stores the last 16 images taken. Any of these images can be selected to be transmitted (completely or partially) while the Amateur payload is active. An image can be taken manually by issuing a command from ground. Besides this, every time the Amateur payload powers on, an image is taken. Of course, taking new images overwrites the older ones.

This is what happened today. The image we wanted to download was the oldest one in the buffer and got overwritten as soon as the payload turned on. This is a pity, especially because there was another activation of the payload last Friday, but a large storm in Germany prevented Reinhard Kuehn DK5LA’ from moving his antennas safely, so the satellite couldn’t be commanded to start the download.

After seeing that the image had been overwritten, Tammo Jan Dijkema suggested that I try to recover manually the missing chunk in the recording made on February 27. As you can see, I was successful. This is a report of how I proceeded.

END_OF_DOCUMENT_TOKEN_TO_BE_REPLACED

Yesterday, AMSAT-DL announced that the narrowband transponder of QO-100 was under maintenance and that some changes to its settings would be made. This was also announced by the messages of the 400baud BPSK beacon. Not much information was given at first, but then they mentioned that the transponder gain was reduced by 6dB and a few hours later the beacon power was increased by 5dB.

END_OF_DOCUMENT_TOKEN_TO_BE_REPLACED

I have replaced the dish I had for receiving Es’hail 2 by a new one. The former dish was a 95cm offset from diesl.es which was a few years old. I had previously used this dish for portable experiments, and it had been lying on an open balcony for many months until I finally installed it in my garden, so it wasn’t in very good shape.

Comparing with other stations in Spain, I received less transponder noise from the narrowband transponder of QO-100 than other stations. Doing some tests, I found out that the dish was off focus. I could get an improvement of 4dB or so by placing the LNB a bit farther from the dish. This was probably caused by a few hits that the dish got while using it portable. Rather than trying to fix this by modifying the arm (as the LNB couldn’t be held in this position), I decided to buy a new dish.

END_OF_DOCUMENT_TOKEN_TO_BE_REPLACED

After being busy with other projects, I have resumed my frequency measurements of the Es’hail 2 beacons. The last measurement I performed was made when the satellite reached its operational slot at 26ºE. After manoeuvering to this spot, the Doppler was very small, on the order of 0.8ppb peak-to-peak, indicating a very accurate geostationary orbit. Now Es’hail 2 has been two months in its operational slot, inaugurating its Amateur transponders on February 14 and entering commercial service on March 7.

I am curious about studying again the Doppler at this point in the mission, to see how accurate the GEO orbit is. I am also interested in collaborating with other Amateurs to perform differential Doppler measurements, as I did with Jean Marc Momple 3B8DU. Here I detail the first results of my measurements.

END_OF_DOCUMENT_TOKEN_TO_BE_REPLACED

A couple months ago, I added a decoder for Astrocast 0.1 to gr-satellites. I spoke about the rather non-standard FX.25 protocol it used. Since then, Mike Rupprecht DK3WN and I have been in contact with the Astrocast team. They noticed the mistake about using NRZ instead of NRZ-I, and in February 13 they sent a software update to the satellite to use NRZ-I instead of NRZ. However, the satellite has some failsafe mechanisms, so sometimes it is seen transmitting in the older NRZ protocol.

Mike has also spotted Astrocast 0.1 transmitting sometimes in 9k6, instead of the usual 1k2. This is used to download telemetry, and it is only enabled for certain passes. The coding used for this telemetry download is different from the FX.25 beacon. The team has published the following information about it. The coding follows CCSDS, using five interleaved Reed-Solomon encoders. A CCSDS scrambler is also used.

Of course, more formally, signal strength means power, which is a well defined physical concept, so there should be no argument about what does power mean. However, there are two different power measurements used for RF: average power and peak envelope power. I will assume that the recommendation refers to average power, not to peak envelope power. This makes more sense from the point of view of the power budget of the satellite amplifier (The total average power it needs to deliver is just the sum of the average powers of the signals of all the users, while the behaviour of the peak envelope power is much more complicated).

Also, I think that using peak envelope power for this restriction would be a very strict requirement on high PAPR signals. Note that the PAPR of CW is 0dB and the PAPR of BPSK is between 2 and 3dB, depending on the pulse shaping, so these are rather low PAPRs. For comparison, a moderately compressed SSB voice signal has a PAPR of 6dB.

In my opinion, the main problem with these discussions about “signal strength” is that many people are trying to judge power by looking at their waterfall or spectrum display and seeing what signal looks “higher”. This kind of measurement is not any good, because it doesn’t take signal bandwidth into account, depends on the FFT size, the window function, etc. It doesn’t help that many popular SDR software don’t have a good signal meter displaying the average power of the signal tuned in the passband.